REPLAY OF LIVE WEBINAR: MICROCOSMIC ORBIT (INTRO TO BECOMING MULTI-ORGASMIC) by Will Blunderfield
Get access for free 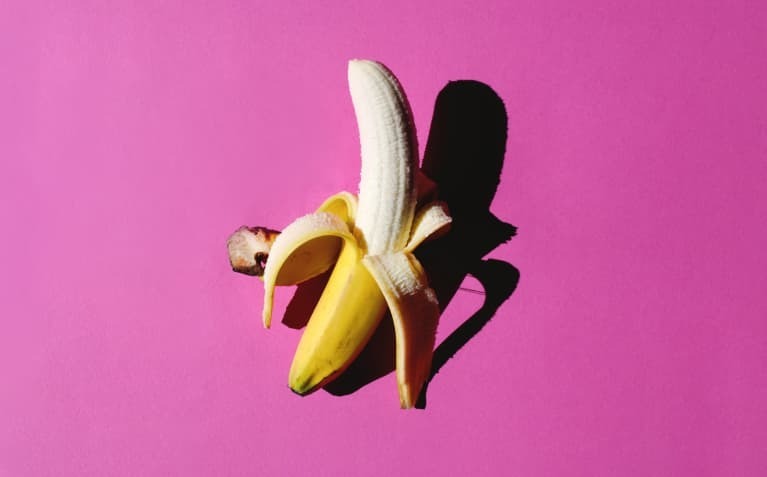 It's a known fact that people with vulvas can have orgasms over and over again during sex.

Multiple orgasms are definitely possible for men, though they're not that common: A 2016 published review found less than 10% of men in their 20s and fewer than 7% of men over 30 reported having experienced multiple orgasms, neuroscientist and certified sex therapist Nan Wise, Ph.D., MSW, tells mbg. She adds: "And apparently, male multiple orgasms come in two flavors: 'sporadic' multiple orgasms with a few or more minutes in between, and 'condensed' multiple orgasms, in which there are bursts of two to four orgasms within a few seconds to a few minutes." Wise's sex-science mentors, Beverly Whipple and Barry Komisaruk, also published a case study in 1998 on a gentleman who had six orgasms during a 36-minute period in the lab.
The secret to multiple orgasms for men is orgasms without ejaculation.
Although orgasm and ejaculation often tend to "come" together (pun intended), they're actually independent physiological events, Wise notes. "Orgasm is the intense experience of transient pleasure often felt as an altered state of consciousness and accompanied by physiological changes, such as elevated heart rate, pupillary dilation, and contractions of muscles," she says. They can occur with or without ejaculation. "On the other hand, ejaculation is a more straightforward physiological process controlled by the autonomic nervous system with tons of activity of both sensory and motor components," including the release of semen from the penis.

That means you can essentially train yourself to have orgasms without ejaculating and thus have as many non-ejaculatory orgasms as you want in a given sex session.
How to have multiple orgasms as a man:
1. Open your mind to the possibilities.
The mind is the most powerful sex organ. That's why Wenzel suggests becoming aware of limiting beliefs—and then getting rid of them. While you should make having multiple orgasms a goal (Wise warns that striving to "achieve" anything orgasmic is likely to put a damper on your sexual pleasure), recognize that it's totally possible. If you do have an orgasm during sex, don't assume that means the sex has to be over.
2. Get in touch with your body.
Practicing edging.
The most reliable way to learn how to have multiple orgasms as a man is to learn how to separate your orgasms from your ejaculation. To do this, you'll first have to practice stopping yourself right before you ejaculate, known as edging.

Practicing edging will help you learn to pay attention to your arousal phases and know what's going on with your body at any given time. Wise notes that men who report being able to experience multiple orgasms "have discovered this after a rigorous yoga practice, in which they learn how to operate their autonomic nervous systems."
Do Kegel exercises.
When performed correctly, Kegels offer sexual benefits for every gender, especially when it comes to sexual health and orgasm intensity. "Men who strengthen the pelvic floor muscles can learn to develop better ejaculatory control. That's where it all starts," says Wise, noting that Kothari (1989) described a lab study with a 30-year-old man who "accidentally" became multiorgasmic a year after occasionally performing pubococcygeal (PC) muscle exercise. (Learn how to do perfect Kegels here.)

Sync your body and mind.

To connect your intention—multiple orgasms—with your physical experience, Wise says you'll need to learn how to better sync your body and mind. To achieve this, try alternating touching any part of your genitals with thinking about touching your genitals as a practice of getting attuned to sensations from the body and linking them to your mind. "Remember, neurons that fire together wire together," says Wise. "When a neuron, or cell in the nervous system, becomes activated along with other neurons, the connections between them are strengthened. As neurons are repeatedly activated together, these pathways strengthen, which is actually the basis of all learning."

To be able to experience multiple orgasms during sex, many of them non-ejaculatory, you need to actually be tuned into these sensations during sex. Stop focusing on intercourse and start viewing the bedroom as a playground, Wise says. By getting rid of the goal of orgasm (thrust and thrust to get to that one explosive release, then you're done), you start to tune into all the different types of pleasure that are available to you. For example, Wise suggests gazing into your partner's eyes to foster feelings of connection and intimacy that can build up your sexual energy. Tapping into surges of pleasure that aren't all related to stimulating your penis is key to experiencing orgasms without ejaculation.
3. Practice having orgasms without ejaculation.
First, use edging to bring yourself to the brink.
Follow the steps above. Then try one of the following methods for having an orgasm without ejaculation.
Apply (the right amount of) physical pressure.
Try the squeeze technique developed by William Master and Virginia Johnson. "Hold the base of an erect penis with a hand tightly to stop the urge to release," says Wenzel. You can also apply perineum pressure with a finger to halt ejaculation or use sex toys, like penile rings (cock rings), to do the same thing.
Control your breath.
Learning how to harness your breath to move energy from the floor of the pelvis up to the top of the head seems to supercharge the sexual response, Wise says.

This is sometimes referred to as the mula bandha exercise. Bandhas are thought to be the valves or "locks" that help us regulate the flow of energy throughout our body's seven chakras, or energy centers. "Mula bandha is the 'root lock' for the first chakra, or energy center, located at the very base of the spine," Wise explains. "It's accessed by contracting the pelvic floor muscles in an action similar to practicing Kegel exercises and has a positive impact on the nervous, respiratory, circulatory, endocrine, and energy systems of the body."

By placing your awareness to the pelvic region and bringing blood flow here, you're able to connect your breath to a pleasure center and increase your odds of having multiple O's.
Visualize having a full-body orgasm.
Right as you're about to orgasm, visualize the energetic sensation flooding through to the rest of your body instead. This will train you to become acquainted with the rush of orgasm via non-ejaculatory orgasm: It's essentially the same orgasmic feeling just without expelling semen from the penis. (Here's our full guide to full-body orgasms.)
4. Have realistic expectations.
Orgasming six times in one session may not happen overnight. In fact, Wenzel says it might take weeks to months before achieving these skills. However, it is possible with time, practice, and patience.

So whether you're the partner of a person with a penis or a man who wants to expand your own capacity for sexual pleasure, remember that practice makes perfect. Eventually you can master the art of multiple orgasms for men.

- MindBodyGreen.com
Welcome!
Enter your info below to login.
Forgot your password?